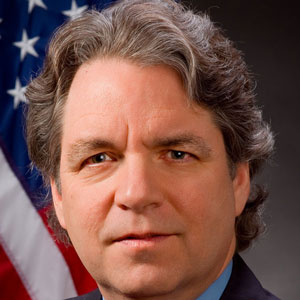 Joe Goffman has been Senior Counsel to the Assistant Administrator for Air and Radiation at the U.S. Environmental Protection Agency since October of 2009. During his tenure, he has worked on the Tailoring Rule, the Transport Rule, and related climate change and air quality rules. Previously, Mr. Goffman served as Majority Senior Counsel to the Senate Committee on Environment and Public Works (EPW), focusing on climate change, clean air and energy issues. He has held senior legal, policy and management positions at the Environmental Defense Fund, and, during earlier stints on the Senate EPW Committee and at EPA, he played a key role in developing and drafting the landmark Clean Air Act Amendments of 1990 and the implementing rules, which established, among other things, the first U.S. “cap and trade” program for air pollution. Mr. Goffman received his J.D. from Yale Law School and graduated from Yale College. He and his wife live in Washington, DC; the couple has three children.