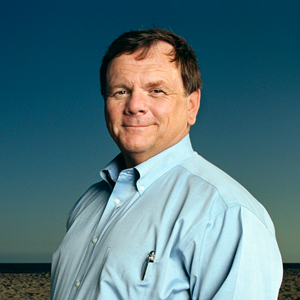 Terry is an author, lecturer and strategist on energy and the environment. In 1993, Terry founded the Santa Monica BayKeeper and he later served as the Executive Director of the Environment Now Foundation in Santa Monica, CA and co-founded the Frank G. Wells Environmental Law Clinic at the School of Law, University of California Los Angeles.

In 2003, he was appointed as the Secretary of the California Environmental Protection Agency  and was later appointed Cabinet Secretary, the Chief Policy Advisor to the Governor. During his service in state government, Terry was the architect of many groundbreaking sustainability policies, including California’s landmark Global Warming Solutions Act of 2006, the Hydrogen Highway Network, and the Million Solar Roofs initiative.

Terry left state government in late 2006 in order to help other states and world governments adopt clean energy and sustainability policies based on California’s successes.  In February 2007, he founded the non-profit organization Seventh Generation Advisors (SGA). Also in 2007 he was also named the Cullman Senior Fellow for climate policy at  the New America Foundation and was appointed as an Operating Advisor to Pegasus Capital Advisors, a private equity fund that provides capital to middle market companies across a wide variety of industries specializing in resource efficiency and sustainable technologies.

In 2011 Terry was appointed as the Strategic Advisor to the founding Chair of the R20 Regions of Climate Action, created in 2010 by Governor Arnold Schwarzenegger and other sub-national leaders.

An accomplished author, Terry’s latest book is Watercolors: How JJ the Whale Saved Us.  His previous books include Cracking the Carbon Code: The Keys to Sustainable Profits in the New Economy (Palgrave), and Lives Per Gallon: The True Cost of Our Oil Addiction (Island Press). He has also authored a series of best-selling “Ultimate Guides” to pools and spas (McGraw-Hill) and several theatrical works on the life of William Shakespeare.
Terry was one of six finalists for the 2011 Zayed Future Energy Prize, which offers $2.2 million of awards in the category of clean, sustainable energy recognizing individuals, non-profits, and companies that are doing the most to commercialize and distribute renewable energy to replace fossil fuels and cut pollution. Terry Tamminen was named Vanity Fair’s May 2007 Environmental Hero and in TIME Magazine’s 2007 Earthday edition, he was featured in the “51 Things We Can Do” section. In 2008, The Guardian ranked Terry No. 1 in its “Top 50 People Who Can Save the Planet.” In 2009, Tamminen was named an “Eco Baron” in Pulitzer Prize-winning journalist Edward Humes’s book, Eco Barons: The Dreamers, Schemers, and Millionaires Who Are Saving Our Planet.