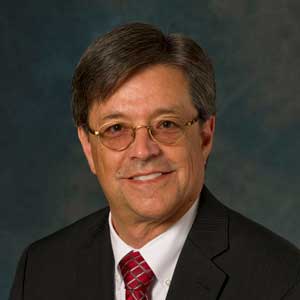 Matt Rodriquez was appointed California Secretary for Environmental Protection by Governor Edmund G. Brown Jr. in July 2011. As Secretary, Matt oversees the activities of the California Air Resources Board, the Department of Toxic Substances Control, the
Department of Pesticide Regulation, the Office of Environmental Health Hazard Assessment and the State Water Resources Control Board. As a member of the Governor’s cabinet, he advises the Governor on environmental policy.

Former Attorney General Brown selected Matt to be the Chief Assistant Attorney General for the Public Rights Division in 2008. In this capacity he supervised the work of the Land Law, Environment Law, Natural Resources Law, Consumer Law, Civil Rights Enforcement, Antitrust and Corporate Fraud Sections of the Office, among others. Under his supervision, the Attorney General’s Office worked to enforce hazardous waste disposal laws and regulations protecting groundwater from leaking underground storage tanks. He also worked collaboratively with the attorneys in the Environment Section to represent OEHHA in cases brought under Proposition 65. He was responsible for the legal team that defended California’s vehicular greenhouse gas rules against challenges from the auto industry. Most recently, he served as Acting Chief Deputy Attorney General for Attorney General Kamala D. Harris.

Prior to joining the California Department of Justice, Matt was Deputy City Attorney for the City of Hayward from 1985 to 1987, Assistant City Attorney for the City of Livermore from 1983 to 1985, an associate program analyst for the Governor’s Office of Planning and Research from 1981 to 1983, and a graduate student assistant with the California Coastal Commission from 1979 to 1981.

In addition to numerous speaking engagements, he has taught classes on environmental law and resources management for graduate students in regional and environmental planning at U.C. Berkeley.

Matt graduated from U.C. Berkeley with a Bachelor of Arts degree in History, and received his Juris Doctor Degree from UC Hastings College of the Law in 1980.

Matt is a longtime resident of the Bay Area.