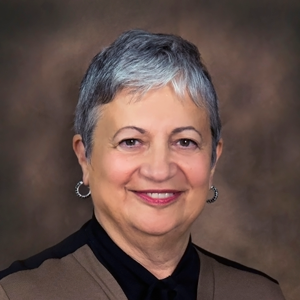 Nichols has devoted her entire career in public and nonprofit service to advocating for the environment and public health.

Nichols received her B.A. from Cornell University and her J.D. from Yale Law School. She was one of the first female journalists hired by The Wall Street Journal.

After law school, she worked as an attorney for the Center for Law in the Public Interest in Los Angeles from 1971-1974, where she brought cases on behalf of environmental and public health organizations to enforce state and federal clean air legislation. While there, she brought the first litigation under the then-recently-passed Clean Air Act.

From 1993-1997, Nichols served as Assistant Administrator of Air and Radiation for the U.S. Environmental Protection Agency under President Bill Clinton. Her efforts there led to, among many other regulatory breakthroughs, the first federal air quality standard regulating potentially deadly fine-particle pollution and the acid rain trading program.

From 1997-2003, she served as the California Secretary for the Natural Resources Agency, where she was responsible for the State’s activities relating to the management, preservation, and enhancement of its natural resources, and for the oversight of the state’s scenic, cultural, and recreational resources. There, she set policy for 27 departments, boards, commissions and conservancies, including Forestry and Fire Protection, Water Resources, Fish and Game, and State Parks, and led efforts to gain voter approval for four successful bond acts that raised over $10 billion for land and water programs.

Nichols was reappointed Chairman of the California Air Resources Board by Governor Jerry Brown in January 2011, a post she also held under Governor Arnold Schwarzenegger from 2007 to 2010. As Chairman of the Air Resources Board, Nichols has led the effort to implement AB 32, California’s Global Warming Solutions Act of 2006, as well as overseeing a variety of other efforts to improve California’s air quality.  Under her leadership, ARB designed and implemented the world’s most comprehensive cap and trade program as part of the strategy to implement AB 32, as well as a variety of other innovative rules and regulations to cut greenhouse gas emissions, and drive investment in cleaner, more efficient technologies that benefit California.

At ARB, Nichols was instrumental in leading California’s joint effort with the U.S. Environmental Protection Agency and the Federal Department of Transportation to develop historic GHG emission and fuel economy standards for passenger vehicles.  These rules will cut emissions of global warming gases by 34% and result in 75% fewer smog-forming emissions from new automobiles by 2025. They will also deliver billions in consumer cost savings. President Obama said the standards “represent the single most important step we’ve ever taken to reduce our dependence on foreign oil.”