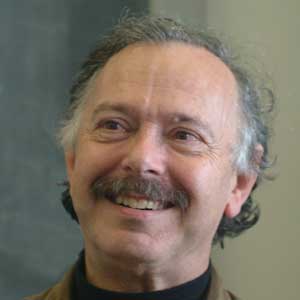 Professor of Physics and University Distinguished Teacher, University of California at Berkeley

Richard Muller is Professor of Physics and University Distinguished Teacher at the University of California at Berkeley. He is the cofounder of Berkeley Earth.

His work has been unusually diverse. He has spawned two Nobel Prizes in physics, in studies of the cosmic background radiation, and the dark energy. The prizes were given to the scientists he hired to run the projects that he founded. He has over 120 publications in fields including astrophysics, particle physics, geophysics, and climate change. His proudest invention is “Accelerator Mass Spectrometry”, the method now used for most of the radiocarbon measurements done around the world.
The course he created, Physics for Future Presidents, was twice voted “Best Class on the Berkeley Campus.” His book, named after the class, became a best-seller. His lectures on You Tube were ranked #3 in the world by the New York Times and have been watched in 98 countries (documented by emails of appreciation).

He has many awards, including a MacArthur Fellowship and election to the American Academy of Arts and Sciences. He was a member of the national security advisory group “Jason” for 34 years. He’s written eight books, the most recent being “Energy for Future Presidents”, and numerous columns and Op Eds in the New York Times and the Wall St. Journal. Last year Atlantic Magazine named him as one of 23 “courageous thinkers”; Time Magazine cited him as one of the top “100 people who mattered”, and Foreign Policy Magazine listed him as one of 100 “influential thinkers” worldwide.

These recent citations were largely a result of a project he founded three years ago with his daughter Elizabeth. It is the “Berkeley Earth” project, to study – and control – global warming. The team determined the Earth surface temperature for the last 250 years, found it was well-fit by CO2, and that solar variations did not contribute. His current goal is to mitigate global warming by establishing a “clean fracking” standard and expediting the Chinese coal economy switch to natural gas.