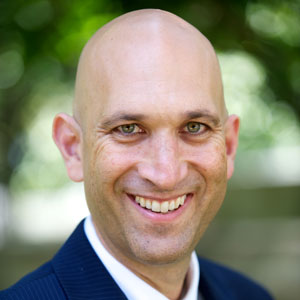 As the Climate Action Reserve’s Vice President of Business Development, Joel Levin is responsible for strategic development of the Reserve and has overseen its development from inception to its current status as the recognized environmental standard for carbon offset projects in the United States. He is the Reserve’s primary liaison to the business community and is a frequent and popular speaker on the Reserve’s programs and other climate change topics.

Joel has served as staff to the California Market Advisory Committee and the California Climate Action Team. Prior to working at the Reserve, Joel worked at Feeva Wireless in Berkeley and APX in Santa Clara. He has also served on the Capitol Hill staff of Senator Timothy E. Wirth (D-Colorado).

Joel is a member of the Sierra Club’s National Global Warming and Energy Committee and former chair of the Energy Committee in both the San Francisco Bay and Los Angeles Chapters of the Sierra Club. In these roles, he has been active in promoting renewable energy and energy efficiency as key elements in California’s energy future. Joel holds an M.B.A. from the Haas School of Business at U.C. Berkeley and an M.A. in International Economics from the Johns Hopkins University School of Advanced International Studies (SAIS).