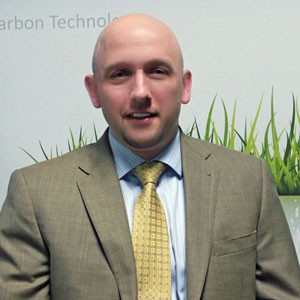 As Mr. Flederbach continued to develop his team and resources, ClimeCo’s service menu also evolved to include energy management services such as brokerage and trade, CITSS administration, advisory and educational resources, environmental auction representation and specialized services in VOC and NOX abatement technologies.

Prior to co-founding ClimeCo, Bill served as Vice President of U.S. Operations for MGM International. He was a major contributor on the core team responsible for the development and launch of TurboGreen, the industrial division of AgCert International. Bill led market development in Mexico, living and working out of Mexico City as he cultivated TurboGreen into an established industrial carbon practice well-positioned throughout Latin America.

Mr. Flederbach is an ambassador of local community development. Bill served as Vice President and Board Member of the nonprofit Building a Better Boyertown Main Street Program, and elected Councilman and Chair of Public Utilities for the Borough of Boyertown, Pennsylvania. As a Rotarian alongside wife Linda, Bill manages his local district’s International Youth Exchange In-bound program. Bill’s exchange family stretches from Japan to Turkey and many places between, thanks to the treasured opportunities to serve as host family for children who visit the U.S. from abroad.