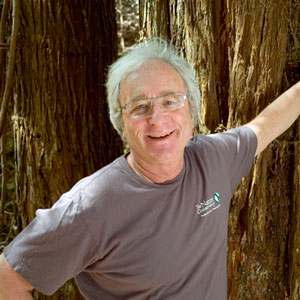 Director of the California Climate Change Program, The Nature Conservancy

California Chapter, leads a multidisciplinary team in developing a comprehensive suite of nature-based responses to climate change, including strategies to reduce risk to human and natural communities from climate driven hazards such as rising sea levels, flooding, wildfire, and disruption of water supplies. Mr. Blumberg has been directly involved in developing climate policy in California since 2000, working with a variety of government and non-government partners, including Climate Action Reserve and the California Air Resources Board, in the development of forest carbon protocols for use in the emerging carbon market. He is a member of the Conservancy’s international climate change team, which is collaborating with Conservancy colleagues in Mexico, Brazil, and Indonesia to promote actions that reduce greenhouse gas emissions in tropical forests. Mr. Blumberg joined the Conservancy in 2004 as director of its new Forest Initiative. Working with our North Coast staff and partners at The Conservation Fund, he helped place the Garcia River Forest Project at the forefront of work on sustainable forestry and climate change. Before that, he served as deputy director of external affairs for the California Department of Forestry and Fire Protection, as assistant regional director of The Wilderness Society, and as a management analyst at the U.S. Environmental Protection Agency. He holds an M.A. in urban planning and environmental policy from the University of California–Los Angeles and a B.A. from the University of California–Santa Barbara.